Here we will list all Yemi Alade songs and albums! 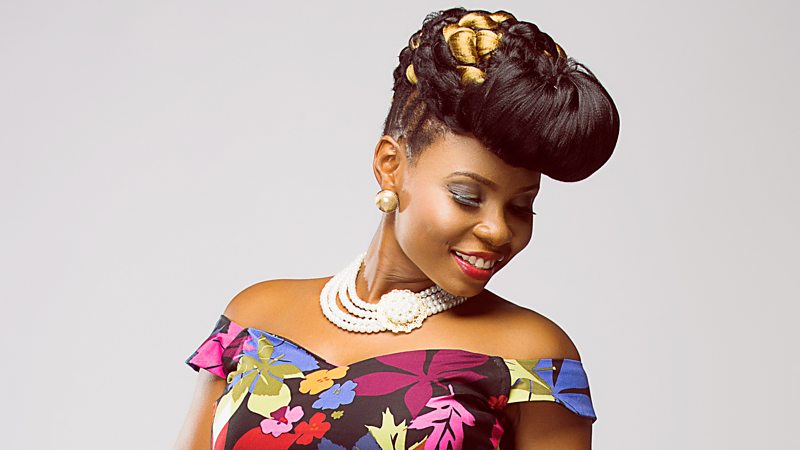 Born Yemi Eberechi Alade in Eastern part of Nigeria on 13th of March 1989, and simply known as Yemi Alade. She is a Nigerian Afropop singer and songwriter.

Yemi Alade gained prominence after winning the Peak Talent Show in 2009, and is renowned for her hit single “Johnny”

Yemi made her musical debut in an all-girl group called Noty Spices in 2005, but her music became widely popular after she won the Peak Talent Show in 2009 as highlighted above. She later released her first single “Fimisile” under the Jus’ Kiddin’ label.

In 2012, she signed onto the music label, Effyzzie Music Group, and released her single “Ghen Ghen Love“.

She would released her debut album, King of Queens, on 2 October 2014, and then went on tour. Alade then released her second studio album, titled Mama Africa, in March 2016.

Mama Africa, stylized as Mama Africa: The Diary of an African Woman, is the second studio album by Nigerian singer Yemi Alade. It was released on March 25, 2016, under Effyzzie Music Group.

Yemi Alade do release Black Magic. The LP arrives after the enormous success of her sophomore album “Mama Africa: The Diary of an African Woman“, and her debut “King of Queens” which saw the electric performer bag numerous awards and break records.

The likes of Johnny which has reached a landmark of 100 million views on YouTube in late 2018, and other tracks has skyearocketed Yemi Alade music career and popularity over the years.

In this vein we’ve come this far to list out close-to-all list of Yemi Alade songs since his emergence back then in mid 2000s.

We believe we’ve collated a good number of Yemi Alade songs and albums.

Full list of top 50 oil and gas companies in Nigeria