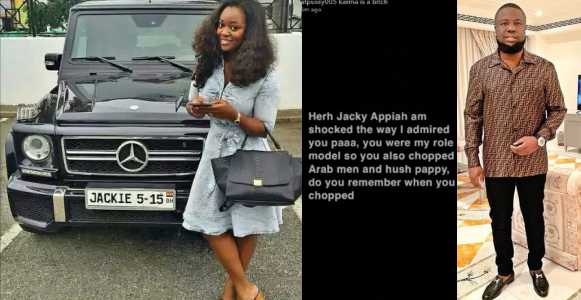 A ghost Snap-chat blogger is still not done with exposing some popular female Ghanaian celebrities who sleep with men for money and sometimes even for free.

So far the lady behind the account has been able to reveal some jaw-dropping things on Moesha Boduong having an affair with the former manager of Shatta Wale called Livingston and in the process contracting H!V.

In a new revelation on her Snapchat, Fat#### has alleged that celebrated actress Jackie Appiah is sleeping around with Arabian men and have even been chopped by popular Nigerian millionaire Hushpuppi. 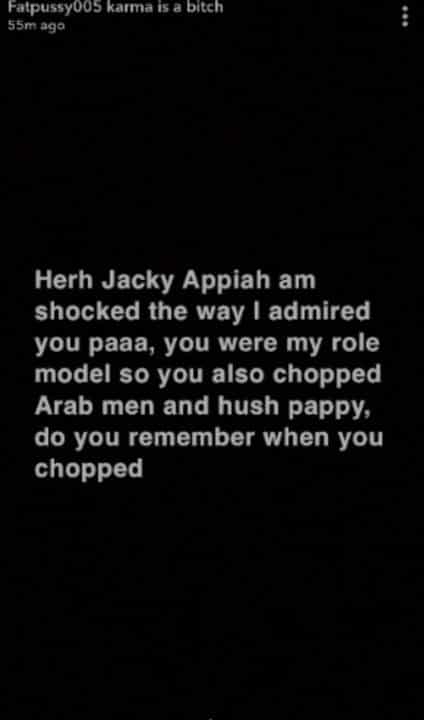 She further asked that the actress come out and tell those who look up to her as a role model about how Arabian men love an*l s*x. 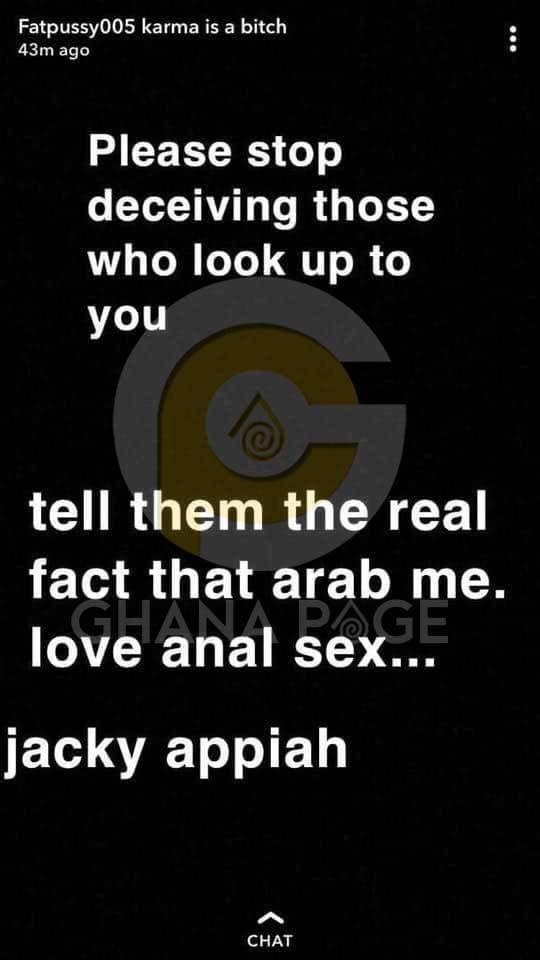 After her allegation, another Snap user came and disclosed that Jackie got her G-Wagon from another rich guy known as Money Gram after sleeping with her