Gbenro who is currently in Atlanta, has called out Osas for always leaving their daughter at home to party with friends. 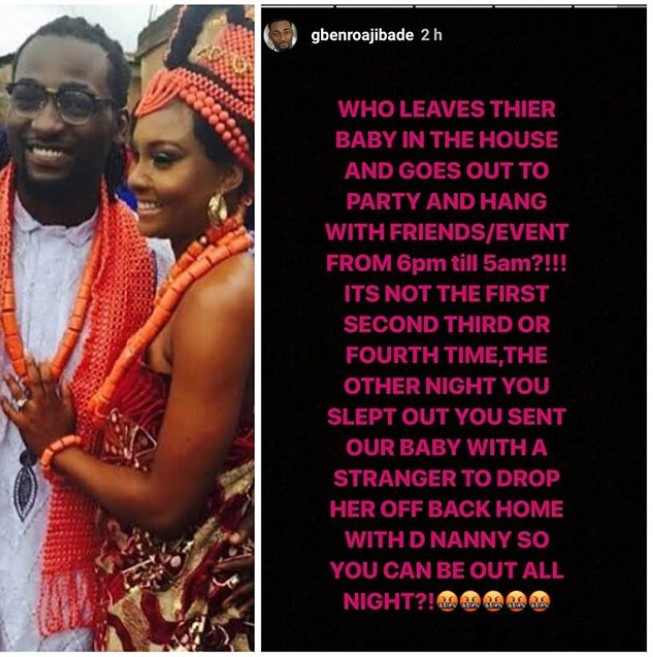 He claims she has once dropped their 2-year-old daughter, Azariah, with a stranger to drop for their nanny at home.

Recall that reports made the rounds last year suggesting that the celebrity couple were no longer an item.

Gbenro unfollowed Osas on Instagram, deleted all photos of her on his page and even didn’t wish her a happy birthday on her birthday.

This singular act got tongues wagging, and concluded that they were no longer together, since Gbenro was always in the U.S.

The couple then seemed to have settled their issues in December last year when they celebrated Christmas together.

They even posted family pictures from Disney Land with their daughter.

What could have happened again? Anyways, we hope they resolve whatever the issue is and try to get back together.