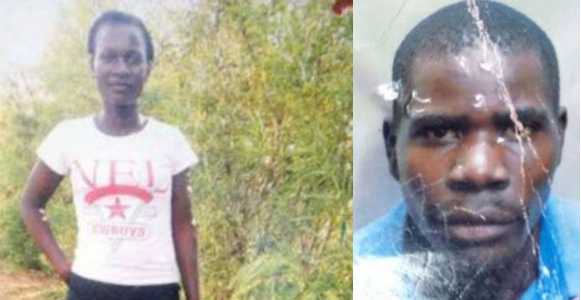 A kenyan man identified as, Daniel Okello has committed suicide after a failed attempt to kill his pregnant wife, Susan Atieno.

28-year-old Daniel Okello, took his own life after trying to kill his wife in a bizarre incident that stunned their neighbours at Sisi kwa Sisi in Changamwe.

Susan Atieno was stabbed four times in the chest, and other parts of her body, during the attack at about 1am on Tuesday.

Neighbours said that a few minutes after they responded to Ms Atieno’s cries for help, her husband’s body was found hanging from a tree metres from their house.

Police reports stated the man fled from the house as his wife screamed for help then committed suicide.

Neighbours said the two were in a good mood for the better part of Monday so they were shocked when they learned of the incident.

Ms Shamsa Rajab further noted that the couple had hosted guests that evening and that their room was “full of activities”. She said everything seemed alright before Mr Okello went inside their house to sleep.

Mr Okello’s sister, Jane Otieno, said she went to his one-room house after a neighbour called and found a pool of blood, she said her brother, who had been working as a metalsmith, had attended the burial of their father in Nyanza.

“While at home, he did not show any signs that his marriage was not faring well. We still don’t know what could have caused him to kill his wife and commit suicide” she said.