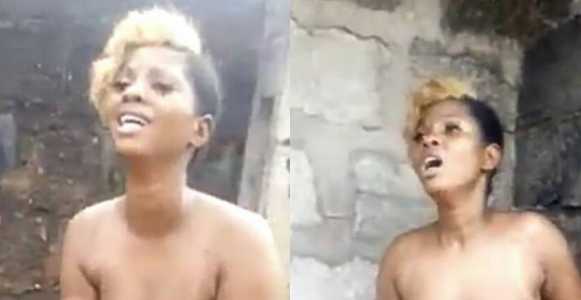 A Nigerian activist, Laila St. Mathew-Daniel has cried out on Facebook after a slay-queen was brutally tortured over accusations of stealing a phone. 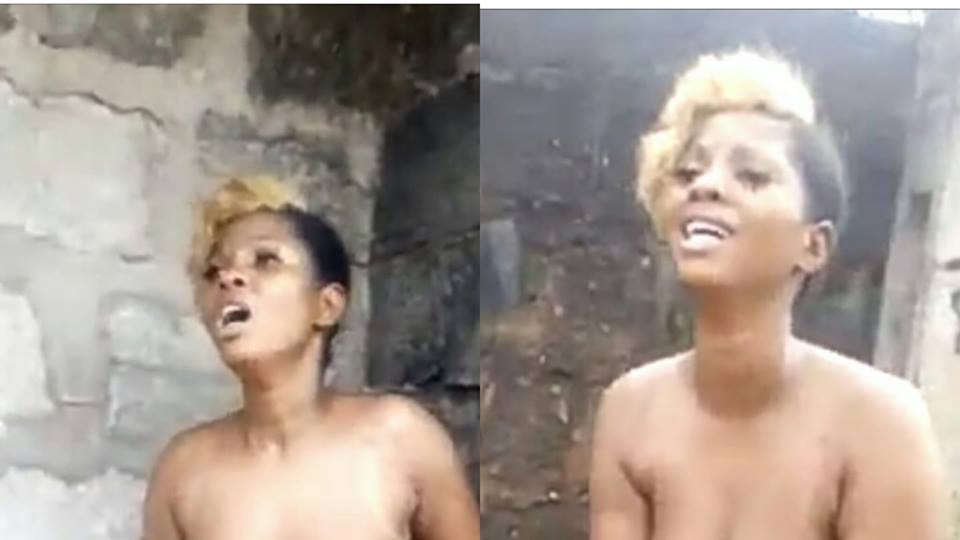 It was gathered that the unnamed woman was stripped totally unclad by her accusers and had pepper inserted into her private part to teach her a lesson following the allegation.

The men also filmed the brutal torture which was meted out on the accused and posted the video online which has now gone viral.

The brutal act on the lady has prompted activist Laila St. Matthew-Daniel, to take up the issue as she is urging the lady in the viral video to reach out to her so that those responsible for the torture will be arrested. 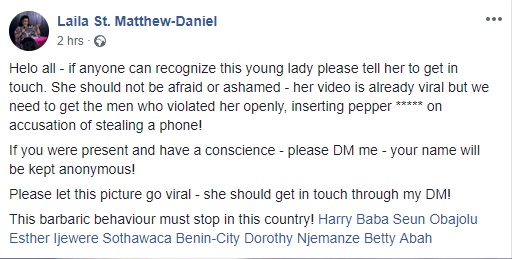 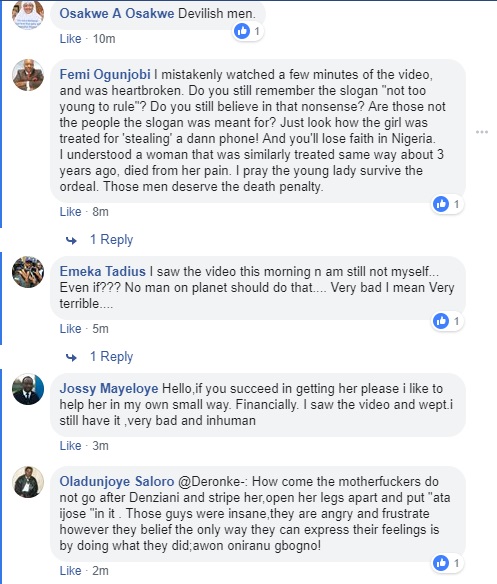