#ViralNow: ‘The only way Nigeria can change is for everybody to be killed’

Then it happened, but now its trending! #ViralNow news pick: ‘The only way Nigeria can change is for everybody to be killed’ 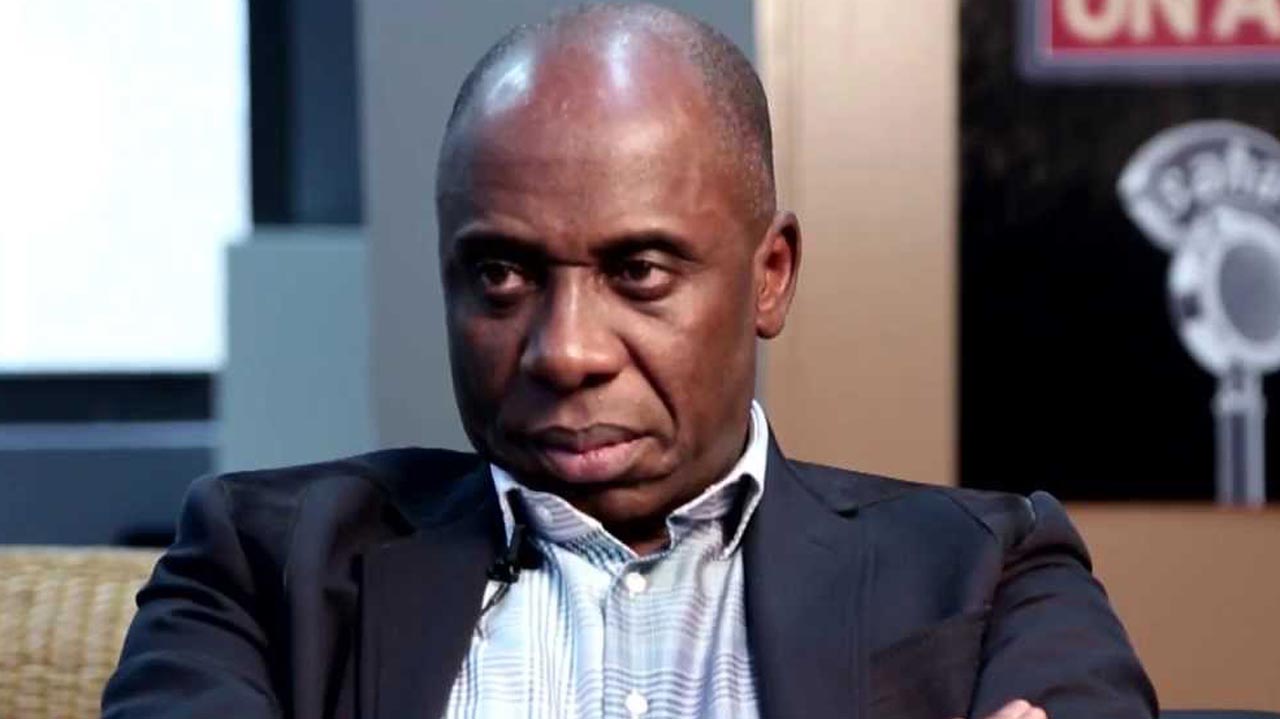 Rotimi Amaechi, director-general of President Muhammadu Buhari Campaign Organisation, has reportedly described Nigeria as hopeless, saying the only way for the country to make progress is for “everybody to be killed”.

According to an audio released by Phrank Shaibu, an aide of Atiku Abubakar, presidential candidate of the Peoples Democratic Party (PDP) Amaechi, who is minister of transportation, said this in a conversation with some journalists.

The minister was heard saying there would be a university in his village after the plans to build one in Daura, hometown of President Muhammadu Buhari in Katsina state, have been concluded.

Amaechi is from Ubima in Ikwerre local government area of Rivers state.

TheCable could not independently verify the audio. It is unclear when the conversation took place but it has been generating reactions on social media.

“This country can never change, I swear. The only way this country can change is in a situation where everybody is killed,” Amaechi said in the audio.

“This country is going nowhere. When Magnus (Abe) was secretary to the Rivers State Government (SSG), I told him that this country is hopeless and helpless and he told me, ‘Oga, stop it’. This cannot be coming from a governor.

“But two months in Abuja, Magnus came to meet me and said, I agree with you; this country is hopeless and helpless. All they do in Abuja is to share money.

“I have already written to the governor of Katsina state and I don’t know why he has not replied to give us the land in Daura for a university in Daura. The next university would be in my village. There is a popular saying while we were growing up, that charity begins at home. Will my own begin abroad?

“The president does not listen to anybody. He doesn’t care. You can write what you want to write. Does he read? I was flying with him in the aircraft and we saw a news report where a goat seller was complaining that he couldn’t sell his goats during Sallah because of Buhari’s administration. And the president said what my business with goat sellers is?”

David Iyiofor, spokesman of the minister, could not be reached for comments as of the time this report was filed. He neither answered calls nor responded to a text message sent.

Commenting on the audio, Shaibu asked Nigerians to vote against Buhari in the forthcoming election.

He said a vote for the president “is a vote for stagnation”, asking Buhari to “quit honourably instead of wasting tax payers monies on his reelection bid”.

“The truth is, the president has established a record of failures which probably no other President would ever equal or erase. Mrs Aishat Buhari was partially correct when she stated that two people are preventing her husband from performing well. With this audio tape, if the two don’t include her husband then she is not completely being truthful.”